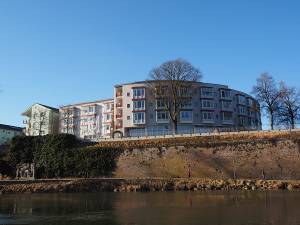 Many of our elderly living primarily off of Social Security are in serious need of affordable housing and this is where low income senior apartments can help.

Older people often have difficulty maintaining a large home both from the physical aspect as well as financially and often decide to downsize to an apartment to save money and simplify their life. Smart seniors will begin planning this move well in advance and have all of their ducks in a row prior to moving.

Unfortunately, many seniors cannot afford a luxurious condo or high-priced apartment and must instead look at lower cost alternatives.

People with very low incomes will need help and thankfully there are federal and state agencies in place to help seniors find affordable housing that is clean and safe.

Government subsidized senior housing allows anyone 62 or over that meets the low income threshold based on where they currently live enjoy the freedom of independent living by paying a portion of their rent each month.

Low Income Senior Apartments – Most Are Nice Places To Live

While there are some low income senior apartments that are in disrepair or located in unsafe neighborhoods the majority of the subsidized apartments are clean, safe and actually nice to live in.

Some have additional services like assistance for those that need a little extra help getting around. Transportation services as well as physical activities are common and there is usually plenty to keep the seniors occupied.

In fact, you probably have seen the little shuttle buses from some of these communities in front of the mall or grocery store.

Some apartment complexes have regularly scheduled activities and a senior center that is usually staffed. There might even be a pool, tennis courts and shuffleboard available!

Before signing any lease on an apartment do a little checking around to see what other residents think about the building. Try to make a night visit to make sure there is adequate lighting and no undesirables are hanging around. Many people don’t think about this but I did this before i moved into an apartment complex and I can tell you that you definitely get a different perspective when you make a night time visit.

Understand the lease terms of your low income senior apartments leasing agreement and if there are any parts that are unclear have a lawyer look it over and explain it to you fully before signing any papers no matter what the leasing agent tells you.

There Is A Huge Demand For Low Income Senior Apartments Nationwide

Data from the 2005 American Housing Survey indicate that, of the 12.5 million elderly households with very low incomes, an estimated 3.8 million are renters (see Table 1-14, at the end of this chapter). About 737,000 of elderly renters subsist on incomes that are less than half of the official poverty level.

Nearly half of elderly renters with very low incomes have priority housing problems, meaning that they pay more than 50 percent of their incomes for housing or else live in severely inadequate housing, with nearly all suffering from high rent burden. Slightly more than two-fifths of all elderly renters with very low incomes live in central cities. Fifty-five percent are women living alone.

The Section 202 residents are somewhat older than the elderly served by other programs with a median age of 74 years. The median age of those receiving vouchers is 69, and 70 for those in public housing. However, for those in other multifamily housing, the median is also 74.

About half of elderly persons who are admitted to Section 202 housing move from a private house or apartment, and an additional one-quarter were previously living with family or friends. Just under a fifth move from other types of assisted housing, including other Section 202 projects. Less than five percent move from institutional or rehab care.